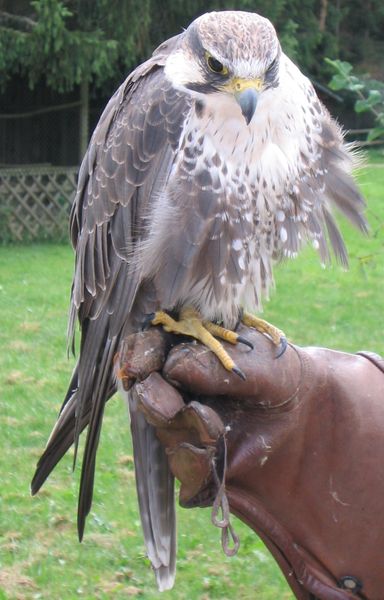 UNESCO Committee, which has recently met in Nairobi, Kenya, included the unique Shrovetide masks and related traditions, spread around the city of Hlinecko, located in eastern Bohemia, in the list of intangible cultural treasure of UNESCO.

The Czech falconry traditions were also included into the list. It should be noted that applications for inclusion of this phenomenon in this list have been filed apart from the Czech Republic by more than a dozen of different countries. The Czech tradition of taming the birds of prey and use them to hunt delve back into the early Middle Ages. They are mentioned in the chronicles of the Great Moravian Empire, dated by the 9th century.

The list of intangible cultural treasures of UNESCO includes traditions that are considered to be a cultural legacy of separate regions and that are under the threat of extinction. Country filling the application for including a national tradition in this list shall take measures to preserve this tradition or event for future generations.

This year, UNESCO received 50 applications for including the national traditions into the list. The most famous of which, perhaps, are the passionate Spanish dance flamenco and exquisite French culinary heritage. Among the other participating countries were Belgium, Qatar, Mongolia, Morocco, United Arab Emirates, Saudi Arabia, Syria and South Korea.

Until now the list of intangible cultural treasures included 166 traditions from 77 countries. The Czech Republic has been previously presented in it with the folk dance called verbunk, which was spread in the 18th century. Neighboring Slovakia got into the list of UNESCO because of the long wooden shepherd's flute, which is called fujara. Both nominations are dated by 2005.

As for the architectural valuables included into the UNESCO cultural heritage list, the Czech Republic can boast of 12 objects, which are protected by the international organization. Among them are the historical center of Prague and Cesky Krumlov, South Bohemian village Golasovice, Tugenhat villa in Brno as well as the Jewish quarter and St Procopius' Basilica in Trzebic, South Moravia.