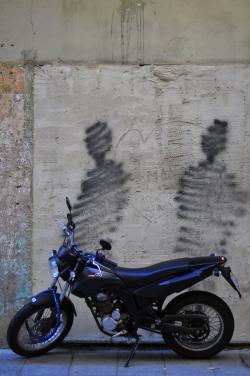 The traditional annual Motocykl international exhibition will be held in early March in Prague.

Part of the Motocykl-2012 exhibition in Prague will be devoted to the hand-made motorcycles, or the so-called custom bikes - Bohemian Custom Bike, as well as professional show airbrush artists - Airbrush Art Festival.

At the exhibition will also take place the Bohemian Custom Bike Contest, which will determine the best custom bike. The contest is part of the World Series competition among the of custom bike manufacturers, which final will be held in the United States. The competition will be divided into seven categories, in which the jury will select the best motorcycles.

Visitors of the exhibition will be able to see the unique custom bikes, presented in the following categories:

- Tuzemák - all motorcycles, regardless of model year, with engines manufactured in the Czech Republic, such as Jawa, ─īZ, Walter, Ogar, Eso, Laurin & Klement.

- Chopper & Cruiser - choppers and cruisers of any year and engine size, except Harley-Davidson, Indian, Victory, as well as their copies S&S, RevTech, Merch, Delkron, TP Engineering, Ultima and others.

- Café Racer - all sport bikes converted to the classic styled models, but not limited by the engine and year of manufacture, as well as naked bikes.

- Modified Harley Davidson - all bikes without limitation of the year with original engine produced by Harley-Davidson and Buell.

- Freestyle - any newly-made bikes without any technical limitations, which were created with the help of innovative ideas, revolutionary design and technical solutions.

The competition will also include bike contests for the best painting, airbrushing and Top Paint design concept.

Motocykl exhibition will be held in Prague from 8 to 11 of March at Výstavišt─ø Street, 67-17090 in Praha 7. Hotels and apartments in Prague can be booked online on the site www.czech-netz.com.