Prague airport would be renamed in honor of Vaclav Havel 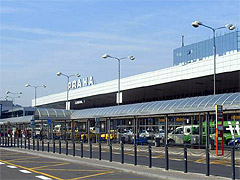 The Czech Republic has launched a campaign on renaming the international airport of Prague Ruzyne in honor of the first Czech president Vaclav Havel.

A discussion regarding the possibility of renaming the airport after the famous Czech will be held on January 11, 2012 in the Cabinet of Ministers of the Czech Republic.

The Mayor of Prague Bohuslav Svoboda said that renaming the airport in Prague in honor of Vaclav Havel is the opportunity to immortalize the name of the Czech national hero of the 20th century the first Czech president. The mayor cited the example of international practice, when many world airports were named after the famous people. Among them is Charles de Gaulle airport in Paris, Kennedy Airport in New York, or John Lennon Airport in Liverpool.

The initiative to rename the airport was put forward by the Czech television producer Fero Fenic and subsequently supported by the widow and family of Vaclav Havel. According to ceskapozice.cz, the petition for renaming the airport as of Tuesday January 10 was signed up by more than 70 thousand people.

It is worth noting that some people were skeptical of the idea of renaming the airport. According to some journalists and politicians it would be more preferable to call a premium on human rights in honor of Vaclav Havel. Among the main arguments of the renaming opponents is the fact that the first Czech president didn’t like to fly. In addition renaming opponents in the Czech Republic initiated a counter petition as they believe that before the renaming of the Prague airport the role of Vaclav Havel in the Prague Spring in 1989 should be thoroughly studied. By Tuesday supporters of this idea was able to collect about 15 thousand signatures.

We should remind that 75-year Vaclav Havel died in the Czech Republic on December 18, 2011.